Family-friendly community platform dedicated to Defending Life. Supported by several high-profile international organizations, CyberDodo, the Defender of Life, brings together individuals who share a respect for the planet and its inhabitants to promote their own happiness as well as that of future generations.

The intergovernmental conference to draft the first-ever treaty on the ocean’s biological diversity opened its fifth and likely final session on Monday.

From the Field: Young Fijians work with older generation for a sustainable future

On the island nation of Fiji, young people are working in solidarity with their elders, benefiting from their knowledge and experience to protect the fragile ecosystem.

After the storm: what an environmental tragedy can teach us about climate resilience and ecosystem restoration

A tiny Caribbean Island known as 'the flower of the ocean' was decimated by Hurricane Iota in 2020. Although the loss of human life was minimal, the impact on precious ecosystems deeply changed the perspective of its inhabitants. Two years later, they’re still working to restore their environmental treasures and preparing for whatever curveballs climate change might throw at them next.

A new UN-backed humanitarian logistics hub and training centre in Barbados aims to strengthen emergency preparedness and response across the Caribbean, the World Food Programme (WFP) said in announcing the news on Thursday.

‘Catastrophic’ drought displaces one million in Somalia, world asked to ‘step up’ support

A devastating drought in Somalia has reached unprecedented levels, leaving one million people within the country currently registered as displaced, the UN refugee agency, UNHCR, said on Thursday.

UN experts on Wednesday denounced the decision by Belarus to withdraw from an international agreement that upholds people’s right to access information, as well as justice, in environmental matters.

Nuclear-free Mongolia a ‘symbol of peace in a troubled world’: Guterres

In a visit to Mongolia on Tuesday, Secretary-General António Guterres underscored the UN’s full solidarity for the country, which he described as “a symbol of peace in a troubled world”.

Heat, drought and wildfires during one of the warmest Julys on record– WMO

Amidst extreme heat, drought and wildfires, many parts of the world had just experienced one of three warmest Julys on record, the UN weather agency said on Tuesday.

Giraffes, parrots, and oak trees, among many species facing extinction

Around one million species are facing extinction, according to a report from IPBES, an independent intergovernmental science and policy body supported by the UN.

As the North Atlantic hurricane season enters its traditional peak period, the US National  Atmospheric and Oceanic Administration (NOAA) has adjusted its forecast to monitor the conditions which impact cyclonic activity, according to the UN weather agency, WMO, on Friday.

One of the most devastating insect pests infesting fruits and vegetables in Mexico has been eradicated in the state of Colima, according to the International Atomic Energy Agency (IAEA).

As the war in Ukraine continues to rage, skyrocketing energy prices are compounding an existential cost-of-living crisis for hundreds of millions of people, the UN chief said on Wednesday, introducing the third is a series of briefings from the Global Crisis Response Group (GCRG) on Food, Energy and Finance.

Horn of Africa faces most ‘catastrophic’ food insecurity in decades, warns WHO

The World Health Organization (WHO) warned on Tuesday that the Greater Horn of Africa is experiencing one of the worst hunger crises of the last 70 years.

Two of the largest reservoirs in the United States are at dangerously low levels due to the climate crisis and overconsumption of water, which could affect water and electricity supply for millions in six western states and Mexico, the UN Environment Programme (UNEP) warned on Tuesday.

From The Field: Protecting the last Malayan tigers

The Malayan tiger is a critically endangered species, at a real risk of extinction, mainly as a result of illegal poaching and wildlife trafficking: according to the Malaysian authorities, fewer than 200 are left.

With 161 votes in favour, and eight abstentions*, the UN General Assembly adopted a historic resolution on Thursday, declaring access to a clean, healthy and sustainable environment, a universal human right.

A full 90 per cent of the Earth’s precious topsoil is likely to be at risk by 2050, according to the UN Food and Agriculture Organization, FAO.

Time is running out to protect the world’s mangroves which are not only home to many species but also an important hedge against climate impacts, the head of the UN Educational, Scientific and Cultural Organization (UNESCO) said on Tuesday.

In late July, the UN General Assembly is expected to vote on a draft resolution recognizing the human right to a clean, healthy and sustainable environment.

From the Amazon to the Andes and the snowy depths of Patagonia, extreme weather and climate change are causing mega-drought, extreme rainfall, deforestation and glacier melt across the Latin America and the Caribbean (LAC) region, according to a UN report published on Friday.

Animal health is important to help reduce greenhouse gas emissions, but greater investment is needed to evaluate the impact, the Food and Agriculture Organization (FAO) and partners said in a report published on Thursday.

With less than eight years remaining to limit global warming to 1.5 degrees Celsius, the President of the UN General Assembly convened a ‘Moment for Nature’ debate on Tuesday to examine the interconnected environmental threats hampering efforts to achieve sustainable development.

WMO warns of frequent heatwaves in decades ahead

Extreme heat in western Europe is causing devastating wildfires in France and Spain, unprecedented drought in Italy and Portugal, and the United Kingdom recorded its highest-ever temperature of just over 40 degrees Celsius during Tuesday, at London’s Heathrow airport.

The chances of seeing unprecedented temperatures of 40 degree Celsius (40°C) or more in the UK could be up to 10 times more likely in the current climate than under a “natural climate unaffected by human influence,” the World Meteorological Organization (WMO) declared on Monday.

Kenya’s Kuruwitu corals are back, thanks to local conservation drive

A small, quiet village in Kenya has found a new purpose in the fishing industry through a successful marine coral conservation project, the first of its kind in the Marine Protected Areas of the western side of the Indian Ocean.

UN report: Value of nature must not be overridden by pursuit of short-term profit

The values that we ascribe to nature are vital parts of our cultures, identities, economies, and ways of life, all of which should be reflected in policy decisions surrounding our natural world, according to a new UN-backed report released on Monday.

Prospecting used to be about digging up gold and other minerals. Today “bioprospecting” is allowing countries to use the natural riches at their disposal, for the production of pharmaceuticals, and other commercially viable products.

Intersecting global crises are threatening the 17 Sustainable Development Goals (SDGs) and impacting food supplies, health, education, and security across countries worldwide, according to a new UN report released on Thursday.

On Wednesday, the first day of the Women’s Euro 2022 football tournament, the United Nations launched Football For The Goals (FFTG), an initiative aimed at tapping into the power of the game to raise awareness of the Sustainable Development Goals, the UN’s blueprint for a fairer, greener future.

The Caribbean is ‘ground zero’ for the global climate emergency: Guterres

The UN Secretary-General’s final day in Suriname began on a small plane and ended at a podium. A 90-minute flyover from Paramaribo into the Central Suriname Nature Reserve revealed to António Guterres the astounding beauty of the Amazon but also spotlighted the threats the rainforest is facing from mining and logging activities, and climate change.

The new www.CyberDodo.org is finally online, ready to be tested!

After months of work for our volunteers who generously offer their time and motivation and our 2 million Facebook fans, it is a great joy.

Everything is not yet operational and we await your comments and suggestions to optimize www.CyberDodo.org.

www.CyberDodo.org is one of the most important global sources of information on the United Nations International Convention on the Rights of the Child (Fundamental Rights which of course include the Environment).

Thank you for supporting the adventure of the NGO CyberDodo with a donation (of the amount of your choice), remember that we are committed to a better future since 1996, it was 24 years ago ...

We are counting on you to tell all your friends and spread the word on social networks (https://www.facebook.com/CyberDodoEn) , Dodo is back! 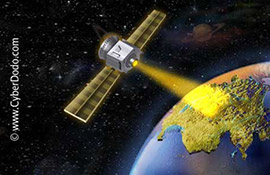 After getting away from a commando who was attempting to kill him, CyberDodo manages to send a...

Today obesity can be considered as a worldwide epidemic as it affects almost 1.5 billion people, in...

The International Convention on the Rights of the Child guarantees the right to play in its article...

Always something more, to the extent of treating farm animals as if they are commodities and not as...

Part of our capacity to feed almost 7 billion people at the beginning of the 21st century has been...

AFDP is a non-profit organisation based in Jordan which was established by HRH Prince Ali Bin Al...

Nature & the Rights of the Child: Kyllian Guerin

One of the greatest hopes of the surfing world is a CyberDodo Ambassador!

Coalition to Stop the Use of Child Soldiers

The Coalition’s vision is of a world where all children (boys and girls below the age of 18) can...

Hello and welcome to CyberDodo!

Family-friendly community platform dedicated to Defending Life. Supported by several high-profile international organizations, CyberDodo, the Defender of Life, brings together individuals who share a respect for the planet and its inhabitants to promote their own happiness as well as that of future generations.